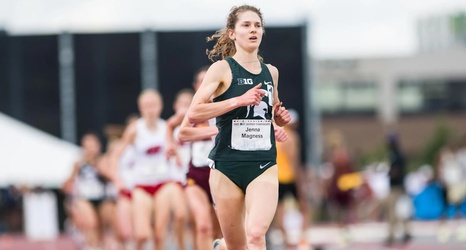 Magness became the first Big Ten women’s track athlete to win both the 5,000m and 10,000m since Michigan’s Gina Sereno in 2016 and 2017. She joins Leah O’Connor as the second Michigan State woman to be named the Women’s Track Athelete of the Big Ten Championships. O’Connor gained the feat in 2015.