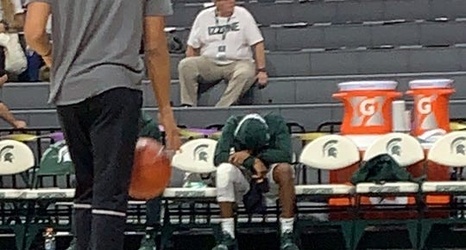 EAST LANSING — Cassius Winston is at Breslin Center as No. 1 Michigan State basketball prepares to play Binghamton on Sunday night.

Winston’s younger brother, Zachary, died Saturday night in Albion. He was hit by a train, which police ruled an intentional death. He was 19.

MSU coach Tom Izzo said on his pregame radio show Cassius Winston, the senior All-American point guard, will be a game-time decision if he wants to play.