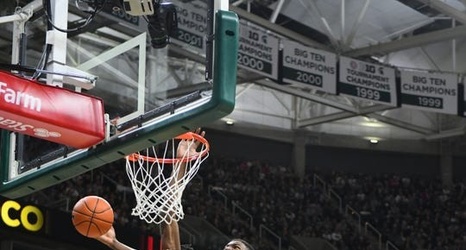 East Lansing — Michigan State came storming back Saturday night at Breslin Center, poised to win on a huge night and thrust itself back into the Big Ten race.

Instead, holding a seven-point lead with just more than three minutes to play, the Spartans collapsed as No. 9 Maryland closed the game on a 14-0 run to earn the 67-60 victory and seize control of the conference race.

Anthony Cowan hit three straight 3-pointers after Jalen Smith started the run with a triple of his own.