Michigan State toughens up in chase for Big Ten championship 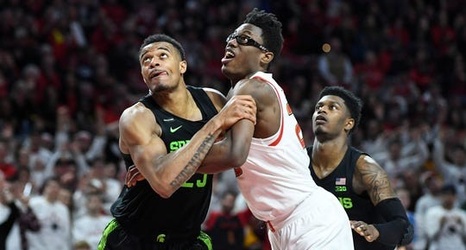 Michigan State coach Tom Izzo talks about heading to Penn State as the Spartans have won three in a row with the final week of the season on tap. The Detroit News

East Lansing — Tom Izzo has seen something a little different the past couple of weeks.

His team on the winning end of a final score has started to become a more regular occurrence. Michigan State has won three in a row, including last week’s back-to-back wins over Iowa at home and on the road against Maryland.