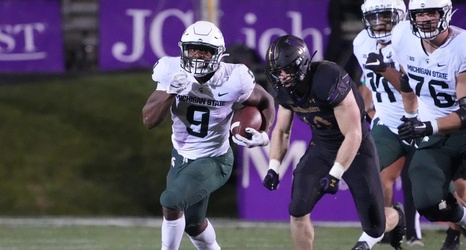 The Michigan State Spartans’ starting tailback, Kenneth Walker III, is having a good week. Less than seven days ago, the junior transfer from Wake Forest had not even been named as a starter for MSU (mostly because head coach Mel Tucker didn’t reveal any starters). But, from literally the first play from scrimmage on Friday night against the Northwestern Wildcats, it was apparent that he was a star in the making.

On Wednesday morning, it was announced that Walker has earned the Maxwell Player of the Week Award for his performance in Michigan State’s 38-21 win over Northwestern.