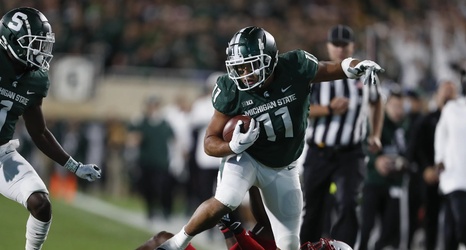 The Michigan State Spartans hosted the Nebraska Cornhuskers under the lights in a striped-out Spartan Stadium, and in a very physical contest, the Spartans were able to outlast the Cornhuskers in overtime by a final score of 23-20.

The first half was a low-scoring affair. Michigan State received the ball first, but four plays later quarterback Payton Thorne threw his first interception of the season on a throw downfield intended for Jalen Nailor. Nebraska’s Marquel Dismuke was able to get the turnover for the Cornhuskers.