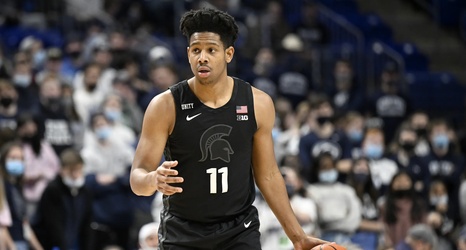 The Michigan State men’s basketball program will once again play a 20-game Big Ten Conference schedule during the 2022-2023 season. The Spartans’ conference opponents were revealed by the Big Ten office on Thursday. While MSU does not yet know specific dates for the contests, the locations of each game have been announced.

Michigan State will have three home only games and three away only games, and will also play seven opponents both at home and on the road.

The Spartans will not have to travel to face the Maryland Terrapins, Minnesota Golden Gophers or Northwestern Wildcats, but will travel to face Illinois Fighting Illini, Penn State Nittany Lions and Wisconsin Badgers without meeting any of those teams at the Breslin Center.