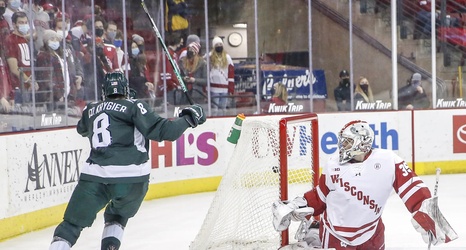 After winning an overtime thriller against Michigan Tech to close the 2021 calendar year, Michigan State would not win a single game until facing Penn State in one of MSU’s final home games.

The program lost 15 of its last 16 contests, including an embarrassing Big Ten Tournament series to Michigan, in which the Spartans were outscored 12-1.

It was time for a change.