Michigan State football's suspended players not at Penn State; several others out 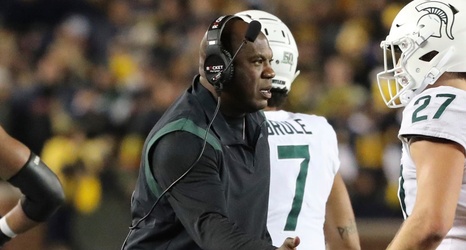 UNIVERSITY PARK, Pa. — Michigan State football traveled a skeleton roster to Beaver Stadium for its regular-season finale against No. 10 Penn State on Saturday.

Needing one win to get bowl eligible, the Spartans (5-6, 3-5 Big Ten) are without a number of key players in the secondary and along the offensive and defensive lines:

* Cornerbacks Charles Brantley and Ronald Williams, along with safety Jaden Mangham, are not active;

* Defensive ends Jeff Pietrowski and Khris Bogle remain out and are joined by Jalen Hunt, who moved outside from defensive tackle to help offset the losses on the edge.