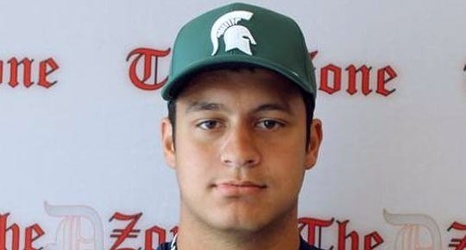 As Michigan State football lost another player to the NCAA transfer portal Friday, one of the Spartans already in it found a new home.

Offensive lineman Dimitri Douglas confirmed he became the eighth MSU player this season to enter the portal. The 6-foot-4, 277-pound redshirt freshman from Saline, a first-team Division 1 all-state selection by the Free Press in 2017, did not play for the Spartans this season.

At the same time, the first Spartan to enter the portal, linebacker Brandon Bouyer-Randle, announced he has committed to play for Texas Tech next season.