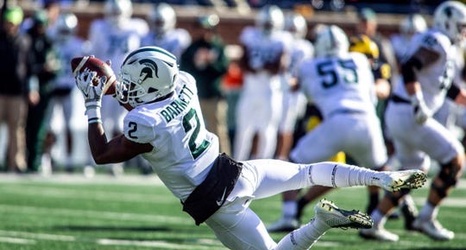 However, he knows where he wants one player — Connor Heyward — to be .

Johnson, the offensive coordinator under new coach Mel Tucker, said he expects Heyward to return to the Spartans as a running back. Heyward played in four games last season before entering the NCAA transfer portal, then withdrew his name and announced he would return to MSU for his final two years of eligibility.