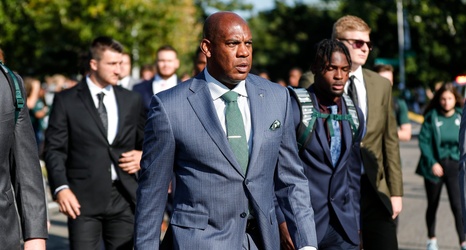 EAST LANSING — Michigan State football will be down a few players from its depth chart Saturday night when it hosts Nebraska. And one key defender is sporting a big, green wrap.

Running back Elijah Collins and defensive ends Jack Camper and Itayvion Brown were not in uniform during warmups. Collins was injured during the Spartans' home win over Youngstown State two weeks ago.