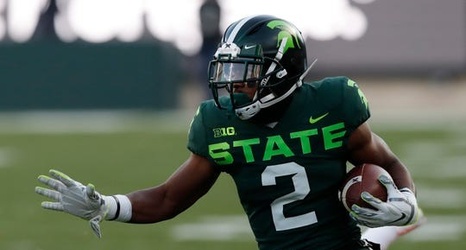 East Lansing -- Spring practice can often be a time for experimentation, and even though there are no players on the field, Mel Tucker and his staff will have plenty of time to tinker with Michigan State’s roster over the next few weeks.

Clearly, it would be easier if all activities hadn’t been shut down because of the spread of COVID-19, but that doesn’t mean pieces aren’t being shuffled and potential lineups being considered. It’s all speculation at this point as the first-year coach and his staff are still in the process of getting to know the players on the roster and where everyone fits, but some shifts seem likely.