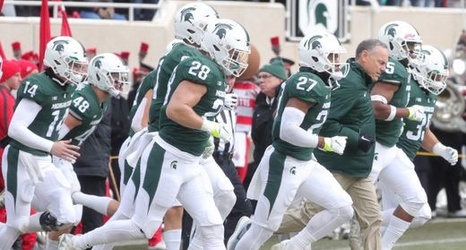 LINCOLN, Neb. — Mark Dantonio would not commit to a starting quarterback during his pregame radio interview before Michigan State football's game with Nebraska on Saturday.

The Spartans traveled both Brian Lewerke and Rocky Lombardi, and Dantonio said it would again be "a game-time decision" who would start as Lewerke battles a shoulder injury.

Lombardi took first-team reps during warmups, true freshman Theo Day operated the second team, and Lewerke took one quick rep before the team headed back to the locker room to prepare for the noon kickoff.