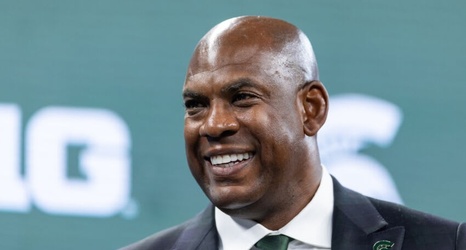 When Mel Tucker was hired last February, he was already behind in the 2021 recruiting class. The Spartans had a grand total of zero commitments and he was hired after National Signing Day, so he had his work cut out for him with an offseason of official visits to plan.

Then COVID-19 hit. The world shut down in March of 2020 and the NCAA imposed a dead period with no end in sight.