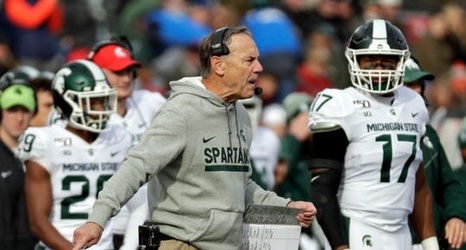 EAST LANSING — If you can make it there, you’ll make it anywhere. That’s New York’s boast.

It’s not really the reality of the Pinstripe Bowl. No college football team goes into a season dreaming about playing in December outside at a frigid Yankee Stadium.

Nothing of consequence comes of it. And outside of the fans who travel there and East Coast alums who are excited to see their team play close to their home, it is a game that is treated like a snoozer in the city that doesn’t sleep.