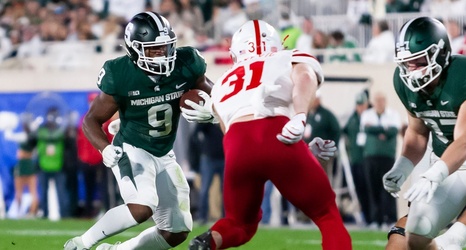 Chester Kimbrough picked off Adrian Martinez on Nebraska’s opening possession of OT. Kenneth Walker III took the Spartans down to the 2 on the first play of their possession – MSU’s first first down after halftime.

And Matt Coghlin’s 21-yard field goal on third down kept the Spartans’ improbable unbeaten start to the season alive with a 23-20 victory Saturday night in a game in which their high-powered offense finally vanished.

MSU won the toss in overtime and elected to play defense first.