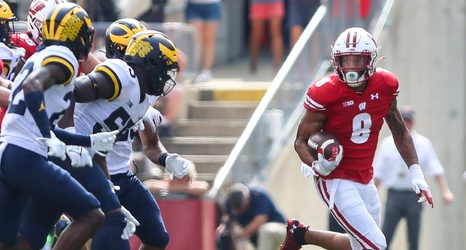 The Spartans landed a pledge from the Wisconsin transfer running back for next season. The 6-foot, 205-pound Berger made his announcement Monday afternoon on Twitter.

Berger had 88 yards on 24 carries with a touchdown and two catches for 17 yards for the Badgers in four games this season. Playing in four games as a true freshman in 2020, Berger ran 60 times for 301 yards with two TDs to land on the preseason Doak Walker Award watch list going into this fall.