Michigan State Football: Katin Houser locked in, not taking any other visits 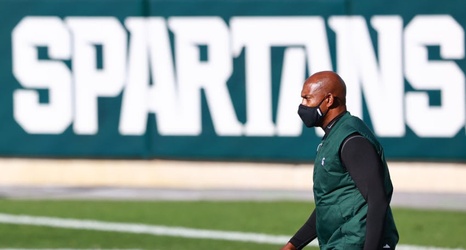 EAST LANSING, MI - OCTOBER 24: Head coach Mel Tucker of the Michigan State Spartans looks on during warm ups prior to a game against the Rutgers Scarlet Knights at Spartan Stadium on October 24, 2020 in East Lansing, Michigan. (Photo by Rey Del Rio/Getty Images)

If you’re a Michigan State football fan, chances are you’re hesitant to get too excited about a commitment from a top recruit because of what has happened with flipping in the past.

Every program has had top recruits flip to other schools on or before National Signing Day, but Mel Tucker’s first class had two four-stars go from Michigan State commits to Notre Dame and Michigan when it was time to sign the Letter of Intent.