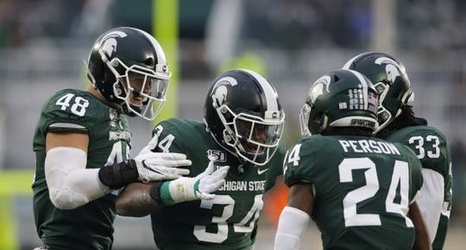 Bundle up, Michigan State football is heading to the Big Apple.

The Spartans will face Wake Forest in the Pinstripe Bowl at Yankee Stadium on Dec. 27 (3:20 p.m. ESPN), multiple outlets reported Sunday. It is coach Mark Dantonio's 12th bowl appearance in 13 seasons at MSU.

It is the first time the Spartans (6-6) will play in the Pinstripe Bowl, which debuted in 2010, and their first meeting ever against the Demon Decons. This will be the latest MSU has played an outdoor football game in a northern climate — the Spartans lost the 1984 Cherry Bowl to Army at the Pontiac Silverdome.