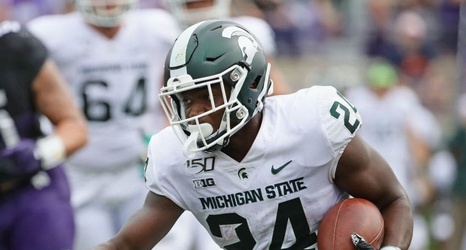 Elijah Collins got off to a good start in 2019, posting just shy of 1,000 yards. He’s going to spark a running back resurgence for Michigan State football.

For years, Michigan State had been known as a running back breeding ground. The program produced some absolute gems since 2000 and obvious before that, but it was a position that was never in doubt, especially under Mark Dantonio.

When Dantonio took over in 2007, he had Heisman contender Javon Ringer to work with and then that turned into Edwin Baker, Larry Caper and Le’Veon Bell.