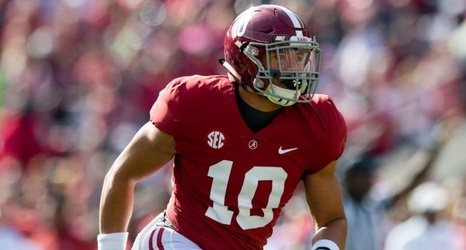 Alabama linebacker Ale Kaho (10) in first half action against The Citadel at Bryant-Denny Stadium in Tuscaloosa, Ala., on Saturday November 17, 2018. Kaho1101

Mel Tucker and Michigan State football have been active in the transfer portal this offseason and Alabama linebacker Ale Kaho could be an option.

If there’s one thing Mel Tucker has been adamant about this offseason, it’s that he is not done dipping into the transfer portal.