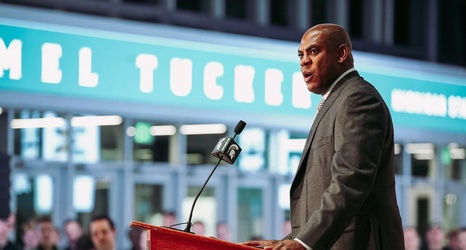 The Michigan State Spartans officially introduced Mel Tucker as its 25th head coach last night, who was unanimously approved by the MSU Board of Trustees.

You can watch the full press conference below:

With the Mark Dantonio era over (arguably the most successful era in MSU football history), and the Tucker era set to begin, that means we can expect plenty of changes to the coaching staff.

Tucker reportedly has an assistant coach salary pool of around $6 million — that’s amongst the highest in the Big Ten behind only Ohio State and potentially Michigan— so he should be able to garner a lot of interest from perspective coaches.