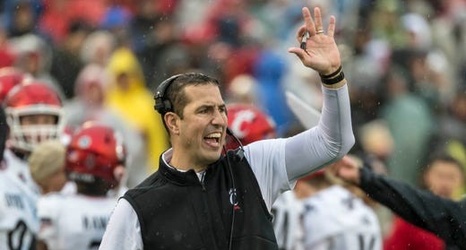 Luke Fickell hasn't talked to anybody at Michigan State University about the head football coach opening, he said during a radio interview Wednesday afternoon.

"I have talked to nobody," the Cinncinati coach said while on a show on ESPNU on SiriusXM Radio.

He did say he and Mark Dantonio, who just stepped down as coach, communicate regularly, but Fickell said he was surprised by Dantonio stepping down.