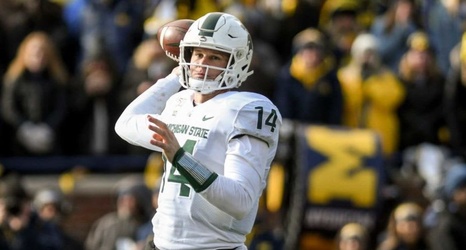 That’s it. That’s all he had to do to conjure up about as much rivalry hate, maybe more, as he ever got while he was playing quarterback for Michigan State.

Over the weekend, Devin Bush tore his ACL and like the rest of us, Lewerke got the news from social media.