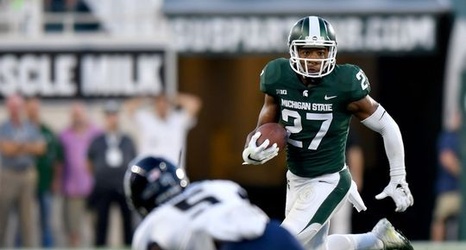 State College, Pa. — Michigan State showed the fight, but in the end, it didn’t have what it took.

The Spartans entered Saturday’s game at No. 11 Penn State needing a victory to become bowl eligible, and in the fourth quarter, they were in position to pull it off.

But with Penn State leading, 21-16, the defense was unable to get the big stop as the Nittany Lions scored on a 12-yard touchdown pass from Sean Clifford to Nate Singleton on fourth down with 4:31 left in the fourth quarter, helping secure a 35-16 victory at Beaver Stadium for the Nittany Lions.