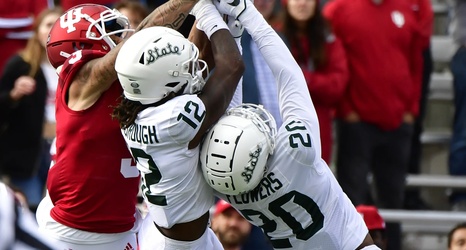 For the second day in a row, a Michigan State defensive back has hit the transfer portal.

Graduate senior cornerback Emmanuel Flowers has entered his name in the portal, following redshirt junior Michael Dowell who entered the portal on Sunday.

The Chino Hills, Calif. native bounced back between wide receiver and defensive back in the offseasons of his five years in East Lansing. Flowers sparsely played this season, primarily on special teams and was one of the players that did not appear against Penn State.

He also gave us this golden reaction to Ricky White’s play in last year’s Michigan game.