Michigan State climbs to No. 11 in AP Poll, stays at No. 13 in Coaches Poll 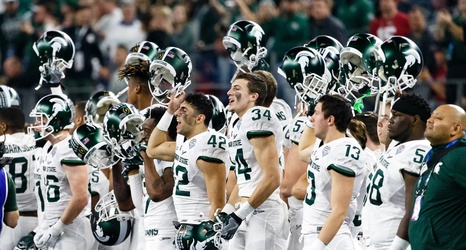 The Michigan State Spartans jumped two spots in the Associated Press Poll but remained steady at No. 13 for a second straight week in the USA TODAY Sports AFCA Coaches Poll following the team’s victory in the snow yesterday over Penn State.

The next College Football Playoff rankings will be released on Tuesday. Michigan State dropped to No. 12 in the ranking that came out last week, but will hope to rise a bit thanks to the win as the Spartans hope for a New Years Six bowl bid.