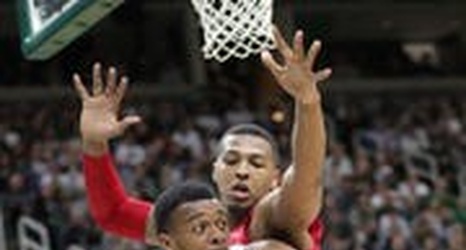 EAST LANSING — Xavier Tillman announced he plans to enter his name in the NBA draft.

However, the junior forward announced via Twitter on Tuesday that he also will keep his options open to return to Michigan State basketball for his final year by not signing with an agent.

“With the support of my family and coaches, I have decided to test the waters and will enter my name in the 2020 NBA draft,” Tillman wrote. “It is important for me to gather as much information as possible before making this decision. Throughout the process, I will be keeping my college eligibility.