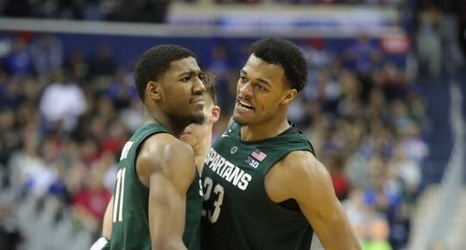 Xavier Tillman and Aaron Henry’s time to make a decision got extended until August.

But Michigan State basketball coach Tom Izzo said Tuesday morning on WXYT-FM (97.1) that his two players who have entered their names in the delayed NBA draft are both in East Lansing and preparing to go through summer workouts.

“You’re going most of the summer not knowing if Xavier or Aaron will be here,” Izzo said.