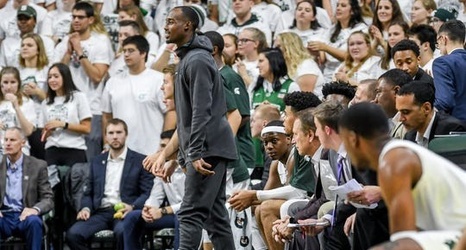 No. 11 Michigan State basketball will host No. 10 Duke on Tuesday night in the Big Ten/ACC Challenge, the Blue Devils' first visit since 2003.

EAST LANSING — The next time Joshua Langford plays in a basketball game, it quite likely will not be for Michigan State basketball.

At least that is what Tom Izzo believes might be best for his injured senior captain.

Izzo on Monday said Langford, who has been out since October with a stress reaction in the mid-part of his left foot, won’t be re-evaluated until late January. However, the coach does not expect Langford to return even after he meets with doctors.