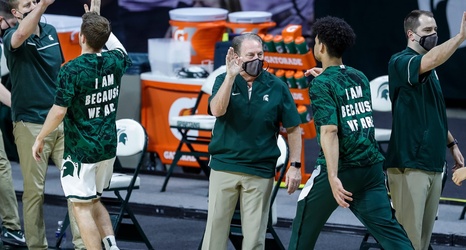 Tom Izzo has another important opening to fill on Michigan State basketball’s staff.

Video coordinator Drew Denisco left the Spartans on Tuesday to join Stan Heath as an assistant coach at Eastern Michigan. Denisco spent six seasons at MSU as a key analyst of game film of the Spartans and their opponents, helping Izzo and his assistants prepare for upcoming games.