Michigan State Basketball: Tyson Walker will be breath of fresh air at PG 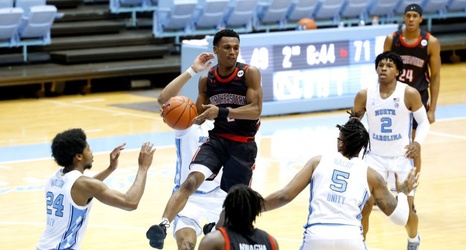 CHAPEL HILL, NORTH CAROLINA - FEBRUARY 17: Tyson Walker #2 of the Northeastern Huskies looks to pass as he drives against Kerwin Walton #24 of the North Carolina Tar Heels during the second half of their game at the Dean Smith Center on February 17, 2021 in Chapel Hill, North Carolina. North Carolina won 82-62. (Photo by Grant Halverson/Getty Images)

Tyson Walker is officially a Spartan.

Tom Izzo saw what happened when he didn’t have a true point guard running the show in 2020-21 as his Michigan State basketball team had major backcourt issues and barely snuck into the NCAA Tournament as a First Four team.