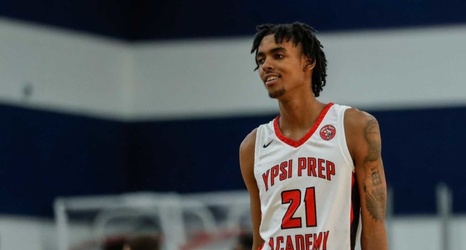 Ypsi Prep forward Emoni Bates (21) smiles after a play against SPIRE Academy during the first half at Central Academy in Ann Arbor, Saturday, March 13, 2021.

What an offseason it’s been for Tom Izzo and Michigan State basketball so far. Roster attrition has run rampant and now it’s time for the Hall of Fame coach to make some additions.

Let’s recap the events of the offseason thus far that have impacted Michigan State’s roster:

Yes, that’s a lot of roster movement but it was needed after Michigan State finished the 2020-21 season with a 15-13 record, barely sneaking into the NCAA Tournament.