Michigan State baseball has a plan to return to respectability: It starts with this player 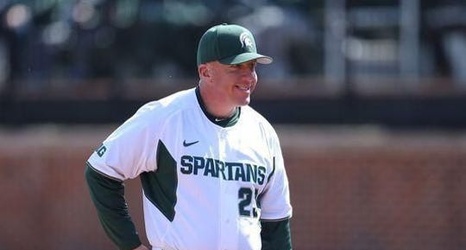 Last week, under solid gray skies and in 30-degree temperatures that felt more like the 20’s, the Michigan State baseball team was able to practice outdoors in East Lansing for just the third time this winter.

The Spartans’ intrasquad scrimmage at McLane Stadium was made possible, in part, due to their heated infield – the electrically-powered infield installed in 2016 by Fields Inc. was the first of its kind in the world – and offered a short but chilly reprieve from the cabin fever the team has been fighting while practicing indoors.

MSU head coach Jake Boss said that week's practice was the toughest of the preseason: The newness of practice was gone and game week remained a week away.