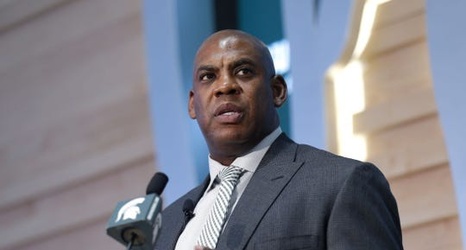 EAST LANSING — Mel Tucker is a Cleveland native who knows the importance of recruiting in Ohio to develop a winning football program.

But he also is acutely aware of Michigan State’s need to keep this state’s top prospects at home.

Hours into his first day on the job as the Spartans’ 25th head coach Wednesday, Tucker began to lay out his blueprint for recruiting nationally and regionally. His eyes drew laser-focused, however, when the topic shifted to the state of Michigan — particularly the Detroit area.