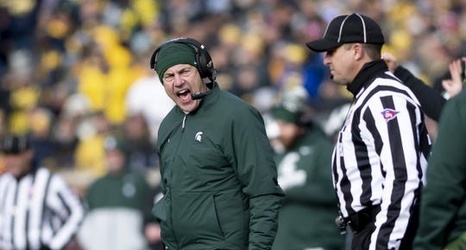 Michigan State coach Mark Dantonio talks about the Spartans getting set to take on Wake Forest in the Pinstripe Bowl on Dec. 27 in New York. Matt Charboneau, The Detroit News

The Spartans have played in the conference title game three times, winning the championship in 2013 with a victory over Ohio State and earning a second title in 2015 by beating Iowa.