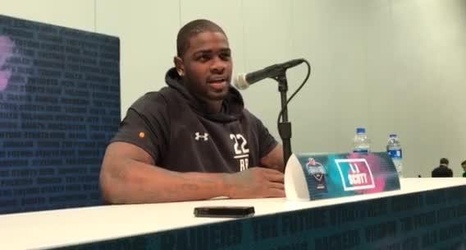 "Source close to LJ Scott tells me LJ has decided to not play football and has left the #Browns" tweeted Dana Balash, the station's sports director.

After not getting drafted, Scott agreed to join the Baltimore Ravens and attended the team's rookie minicamp earlier in May.