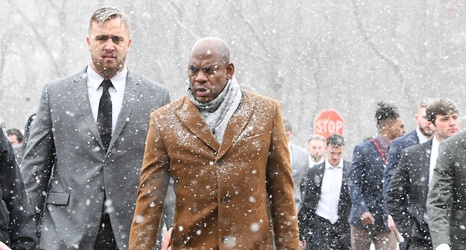 Penn State takes over at its own 32, trailing by 14 early.

Sean Clifford completes a second-down pass to Brenton Stange for a gain of 21, and the Nittany Lions are off and running.

Michigan State gets Penn State to third-and-12, but Clifford completes an 18-yard pass to keep the drive alive, and then hits Jahan Dotson for a 27-yard touchdown pass on the very next play.

Penn State takes over at its own 38.