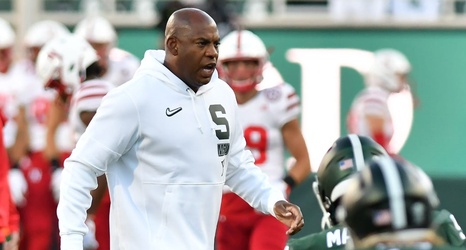 Nebraska, meanwhile, is just 14-22 under head coach Scott Frost, in his fourth season, but gave then-No. 3 Oklahoma all it wanted before losing, 23-16. What's more, the Cornhuskers have owned the series against the Spartans, winning nine of 11 meetings, including the last two.

Michigan State turns ball over on downs in Nebraska territory

Michigan State takes over at its own 44.