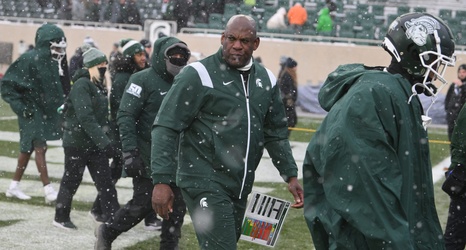 It is do-or-die time for Michigan State. The Spartans enter its final game of the regular season against Penn State needing a win to secure bowl eligibility after the disappointing loss to Indiana at home last week. MSU can salvage a 6-6 season today with an upset win on the road over the Nittany Lions.

Michigan State still will be shorthanded due to injuries and suspensions. Seven of the eight suspended Michigan State players from the incident at Michigan have been charged with misdemeanors or felonies for their involvement with the brawl and will be unavailable against Penn State.