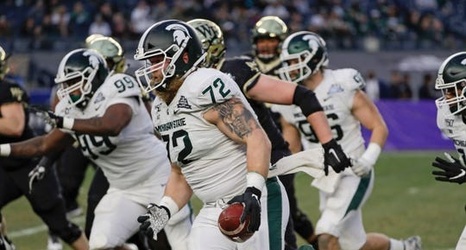 Wake Forest takes over with chance at late lead

Jamie Newman's first-down pass falls incomplete. He's stripped while letting go of the ball on second down, resulting in a fumble that's scooped up by Wake Forest and taken to the 16, a loss of 4.

Sam Hartman takes over at quarterback for Newman, who was banged up on the fumble. Hartman throws as far as he can on third-and-14, but his pass is just out of the reach of an open Donavon Greene.