Joshua Langford out indefinitely to start the season 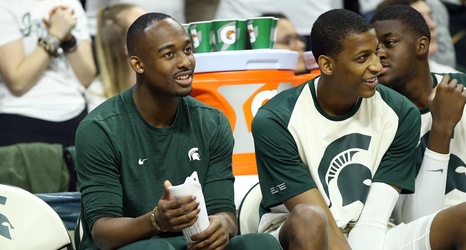 Michigan State Spartans head coach Tom Izzo announced to the media Tuesday that senior guard Joshua Langford would be out indefinitely due to a foot injury.

Langford suffered an ankle injury in December 2018 that kept him out of the remainder of the season. This year, Langford was expected to make a full return and play a key role on a team that has national championship aspirations. For now, at least, Langford’s part in all of that will be put on hold.

Izzo said the senior guard would be reevaluated in January, according to the Detroit Free Press’ Chris Solari.