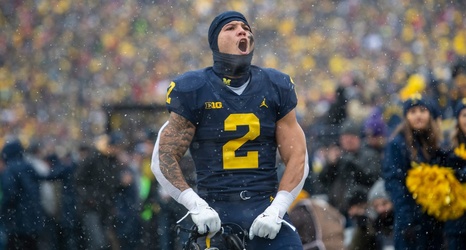 East Lansing — Michigan State hit the transfer portal jackpot last year when it landed Wake Forest running back Kenneth Walker III, who is second in the nation in rushing and in the mix for the Heisman Trophy.

Mel Tucker’s team is hoping it just happened again as former Wisconsin running back Jalen Berger announced Monday on Twitter that he has committed to Michigan State.

At 6-foot and 205 pounds, Berger was a four-star recruit and the 15th-ranked running back in the nation in the 2020 class coming out of New Jersey. He became the Badgers’ starter in 2020 before COVID-19 forced him to miss the final two games.