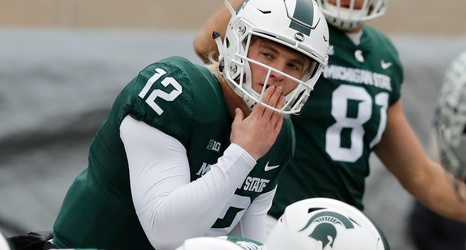 In his first three seasons on campus, Rocky Lombardi has had one true shining moment.

That came back in 2018 when the redshirt freshman quarterback earned his first career start, stepping in for the injured Brian Lewerke. Lombardi was far from perfect, but he brought a spark to an offense that has had little over the last two seasons, leading the Spartans to a 23-13 victory over Purdue.

Lombardi completed 26 of 46 passes for 318 yards and two touchdowns while being named the Big Ten co-freshman of the week. After the game, Lombardi was greeted in the Michigan State locker room by chants of “Rocky!