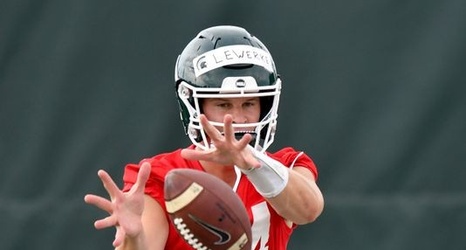 Chicago – Mark Dantonio insists he doesn’t worry much about what’s next.

Entering his 13th season as the head coach at Michigan State, Dantonio says he hasn’t put a timetable on how long he’ll stick around. No one is pushing him out the door, mind you, but at 63 there’s not much he hasn’t done as a head coach outside of winning a national championship.

So, the obvious question for Dantonio these days surrounds his future. Quite simply, does he think about when he might step down?

“No, I really don’t, I don’t,” Dantonio said at Big Ten media days.