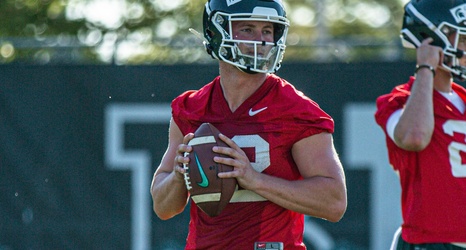 Now is when everything gets real.

Weightlifting and conditioning can only do so much. Same with walk-throughs and 7-on-7 drills.

Michigan State football will begin full-contact practice for the first time since December on Monday as it finally begins earnest preparation for the much-delayed debut of Mel Tucker’s regime.

The Spartans are scheduled open the season Oct. 24 against Rutgers.

“We've gotten a good, solid, probably five weeks of running and lifting, and we're actually in better condition now than we were when we started camp previously before postponements,” Tucker told reporters on a video call Sept.