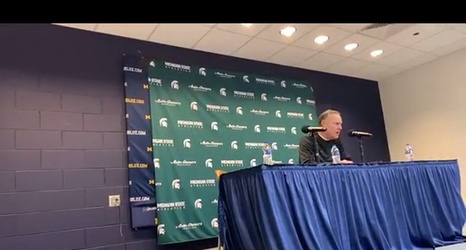 Looking back at Michigan State’s 44-10 loss at Michigan and looking ahead to the Spartans’ game Saturday at Rutgers:

Bad to worse: The Spartans dropped their fifth straight game, the second longest losing streak in Mark Dantonio’s 13-year MSU tenure. Only the seven-game losing streak in 2016 is worse. It marked the first time since 2006-07 that MSU lost to the Wolverines in consecutive years, and the margin was the worst since U-M’s 49-3 blowout win in 2002.