Gabe Brown - All for you, Dad 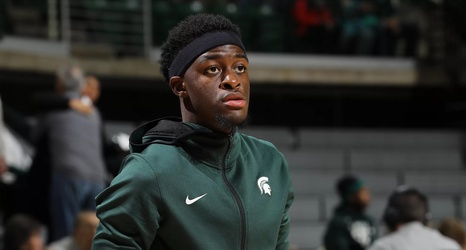 Gabe Brown was sitting in his room and he was doing what many 14 year old kids like to do with a free summer evening. He was just hanging out, watching cartoons and thinking about boyhood stuff. All of a sudden there was a knock on the door and his father Charles entered. He tapped his son on the shoulder and told him that he had just finished watching some college basketball. His favorite team, the Michigan State Spartans, had played against the Michigan Wolverines, their most bitter rivals. But he wasn‘t as much concerned with the game itself as he was with the future of his own son.