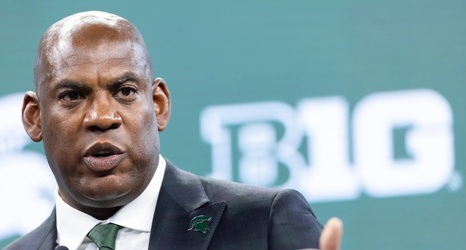 In a bit of a surprise turn of events, the Michigan State Spartans have landed another big time prospect in the 2022 class. Mel Tucker and his staff have received a verbal commitment from four-star athlete/safety Jaden Mangham.

Mangham visited the East Lansing campus last weekend as part of Michigan State’s big time recruiting event called “Spartan Dawg Con,” and the staff apparently wowed him, as Mangham previously was considered by many recruiting analysts to be a lock to commit to West Virginia.

Mangham, out of Wylie E. Groves High School in Beverly Hills, Michigan, checks in at 6-foot-3 and 185 pounds.